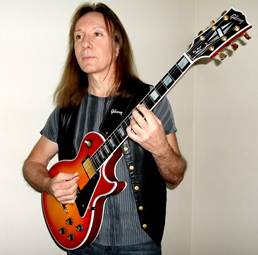 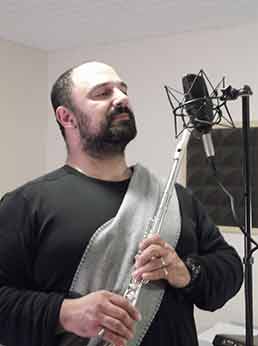 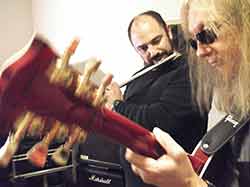 Studied flute and piccolo etc ... Conservatory, practice bass and guitar. It is influenced by Jettro Tull that stimulates and he turned therefore to a more intensive use of the flute. He sang in various rock bands, pop and metal during concerts. There is also a big fan of Celtic music.

His tone of voice allows him to express himself on large registers, well adapted to progressive rock.

study at the Conservatory of Strasbourg classroom percussion ( Jean Batigne ). At the age of 17 he is the official drummer of French pop Atoll . Bireli Lagrene drummer from 1986 to 1989, concerts at the New Morning (Paris ), filmed in France, Germany and Italy. Festivals: Samoie ( Django Reinhardt ), Jazz d'Or Strasbourg (+ Christian Escoudé ). Babik Reinhardt accompanied

Aclose studies at the Conservatory of Tarbes and Toulouse, he became a musician. He galas, accompanied renowned artists, recording artist, etc ... It is present in large music festivals, and contributes to the development of his instrument with great renowned luthiers.

In addition to his exceptional talents of bassist he practiced masterfully instrument can also common; the Stick.

few years later , in 1981, he became the first pianist keyboard Charlélie Couture Band and the first accomplice in a duet with Tom Novembre in his shows " Happy Birthday Music " and " An Evening at the End of the world " and his albums " Waxed Canvas "," Version Dubbing "," all soft , all deflated "," The insect " ..

also sign it with " Honky Piano " from the soundtrack of the film Chao Pantin . He writes " Mr Guitar Man " to Dee Dee Bridgewater, " Tropic Blues Bar " Patricia Kaas and realizes album Martin Destre " Manolo ." in 1990 he met Louis Bertignac and plays on the album Visitors “Rocks“.